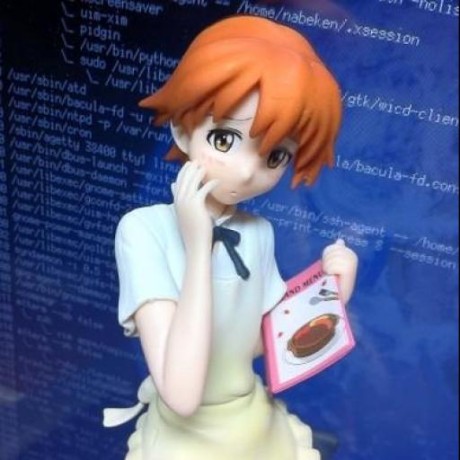 All things in my moe.

I’m a software enginner who enjoy programming in Go.

http://projects.tsuntsun.net/~nabeken/diary/ was my former blog about Linux, BSD and networking in Japanese.

I’m working as a software engineer and building a Email messaging platform running on AWS and written in Go since 2010.

I’m hard english leaner because my company decided to make English the official company language from 2016.

mahiru is 伊波まひる, a charactor of WORKING!!.